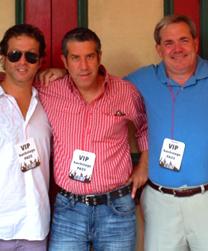 The Corndog Entertainment writing team consists of Martha's Vineyard resident Sandy Nadelstein, his brother Brad Nadelstein, and their long time friend Fred Hessler. The three writers got their first big break in 1996 when the Farrelly Brothers invited them to do punch up work on the movie There's Something About Mary. After working on Mary, the Farrelly's backed Corndog's next project, J - Men, about government comedy writers who have to joke the world back to security and prosperity. A successful pitch to 20th Century Fox led a development deal for J-Men and though that project never reached production, Peter Farrelly has continued to consult on projects with the writing team and has been involved with their next project, God Only Knows. 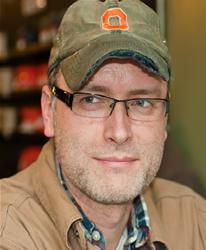 Oregon native Jason M. Reulet first came to Boston to study under renowned theatre director David Wheeler. Before co-founding two theatre companies in Greater Boston, Jason worked with entertainment attorney/author/movie producer, F. Miguel Valenti, learning the ropes of producing during a brief stint in New Haven, CT. Jason directed, starred in, co-produced, and scored the 2011 comedic short film The Oblique Sector which premiered at the Nantucket Film Festival and screened at the Woods Hole Film Festival later that year. When Jason met the Nadelsteins on the festival circuit, he was excited to direct and produce their comedy M.V. Blues. Jason lives on Boston's North Shore and when not directing and producing, he enjoys being a part-time stay at home dad with his four young children. 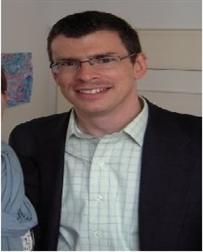 Mark teamed up with his brother, San Francisco-based writer/director Jonathan Kiefer to produce the comedic short Claude, and the two later co-wrote a feature length screenplay set in 1930s Germany. Mark served as a producer and production designer on Jason Reulet’s 2011 comedic short The Oblique Sector and he is currently working on writing a feature length thriller set in New York. He brings to M.V. Blues his passion for historic places, an interest he cultivates by serving on the Architectural Commission for New England's oldest historic district, as well as an advisory council for Historic New England, the nation's foremost regional heritage organization. He runs his own consulting practice providing strategic and regulatory advice to clients in the aerospace, defense, and transportation industries (www.markkiefer.com).